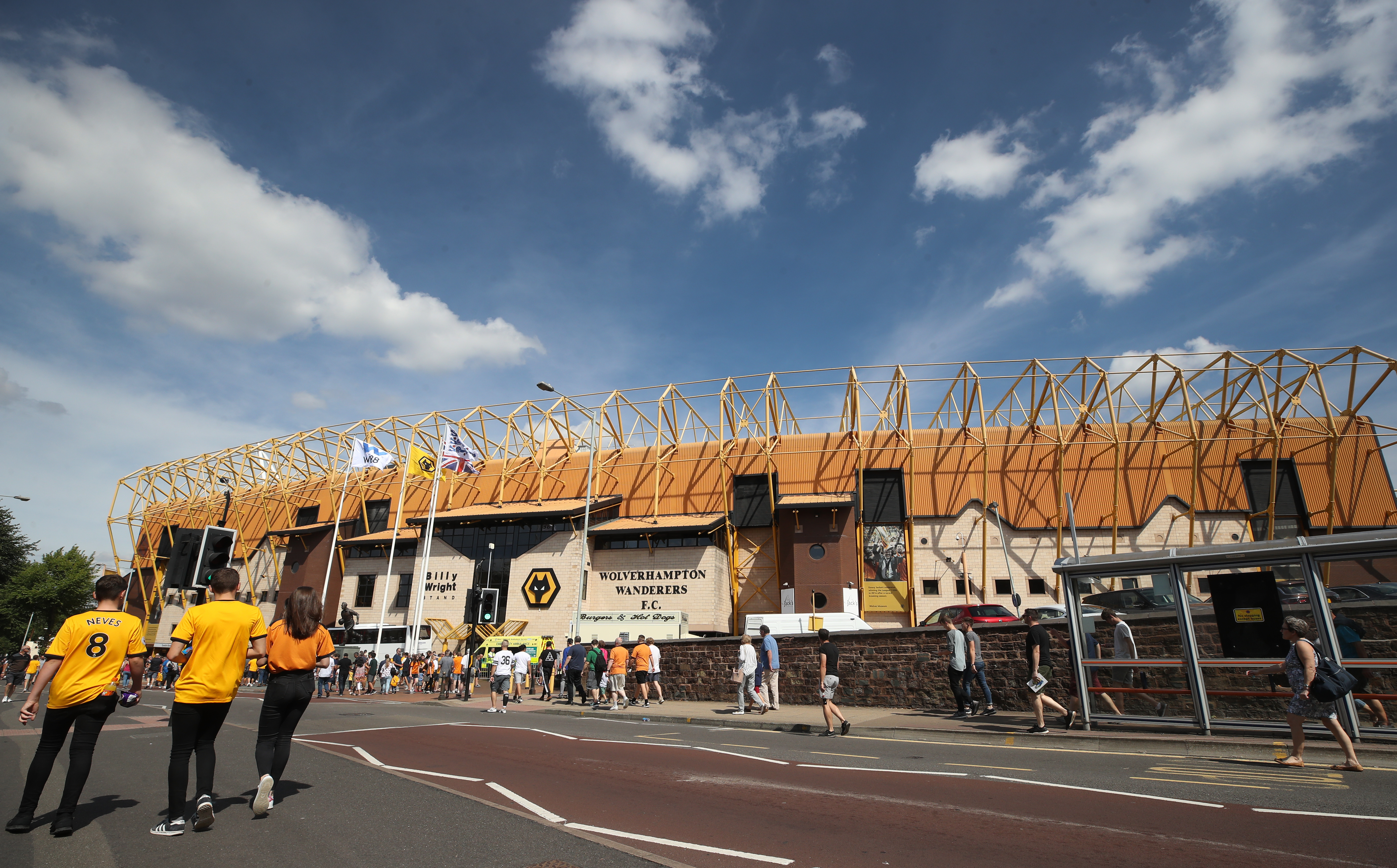 I’m extremely happy that Wolves will be the first in the country to install safe standing into a complete stand.
Dave Azzopardi, Talking Wolves

Wolverhampton Wanderers have announced plans to become the first club in England’s top-flight to install rail seats in their stadium.

The seats will be fitted in Molineux’s Sir Jack Hayward Stand, meaning it will be ready to become a safe-standing area in future should there be a change in legislation regarding standing at Premier League grounds.

As well as the rail seats in the Sir Jack Hayward Stand, Wolves have also announced that all seats in the Stan Cullis quadrant would be fitted with independent barriers; fully complying with all safety regulations.

It comes after the announcement from former sports minister Tracey Crouch that a review into all-seater requirements for grounds in English football’s top two divisions would take place having initially blocked an application from rivals West Brom to trial a safe-standing section at The Hawthorns.

Her successor, Mims Davies, has since commissioned two further reviews into how legal standing areas can be reintroduced to the top two divisions in England for the first time since the Hillsborough disaster of 1989 which resulted in the death of 96 fans at the FA Cup semi-final between Liverpool and Nottingham Forest.

Wolves are among several clubs to have consulted their fans on installing rail seats or some other safe-standing at their grounds with Managing director Laurie Dalrymple announcing: “After consultation with South Bank season ticket holders and discussions at fans’ parliament, we are delighted to be in a position to confirm that barrier seating will be installed at Molineux this summer.”

The current laws don’t affect Scottish clubs and champions Celtic currently have the largest section of rail seats in the UK, with 2,900 installed in the north-east corner of Parkhead with many people believing they have only added to the overall matchday experience.

“I’m extremely happy that Wolves will be the first in the country to install safe standing into a complete stand,” said Fan Partner Dave Azzopardi from Talking Wolves. “In this particular stand fans stand up for the full 90 minutes anyway, so the introduction of safe standing means it is even safer for fans during games. I believe it will encourage other clubs to follow suit and that Wolves will be a key pioneer in England for this project.”

Meanwhile, Pete Bassi from Punjabi Wolves explained: “The stand in question, affectionately known as ‘The Southbank’, in which the majority of fans stand throughout home games so this makes perfect sense and can house more fans in the same volume of space.”

The third and fourth tiers of English football are also exempt from the regulations, something which allowed Shrewsbury, with the help of FansBet, to install about 500 rail seats at the New Meadow last year, a significant achievement which makes them the first EFL club in England and Wales to operate a safe standing area for home games.

“Personally for me I’m pleased it’s another midlands club leading the way and I hope that we can forge links together on this, we have a seasons experience under our belt now of it being used and have gone through that initial review,” said Roger Groves of Shrewsbury Town Parliament. “The big telling factor for us is that our supporters were in favour of it which has meant we have not had any issues at all with supporters abusing it, we treat it as our project and own it very much.”

FansBet work closely with fan groups, trusts and branches across all sports to help make a difference to the supporter community, while committing to helping our Fan Partners and Fan Media achieve more for its members, including the promotion of ‘safe standing” areas in football grounds.

These are just some of the latest partners we have helped.
Getcha Gooner! Arsenal fanzine lives to fight another season
After a year of uncertainty one of Arsenal's longest running Fanzines remains in circulation with a little help from FansBet.
Read more
Punjabi Wolves Lay on free coach travel
Punjabi Wolves Lay on free coach travel
Read more
Shrewsbury Town Supporters’ Parliament scores EFL award
Shrewsbury Town are the first EFL club in England and Wales to operate a safe standing area for home games.
Read more
This website uses cookies to improve your experience. We'll assume you're ok with this, but you can opt-out if you wish. Accept
Privacy & Cookies Policy