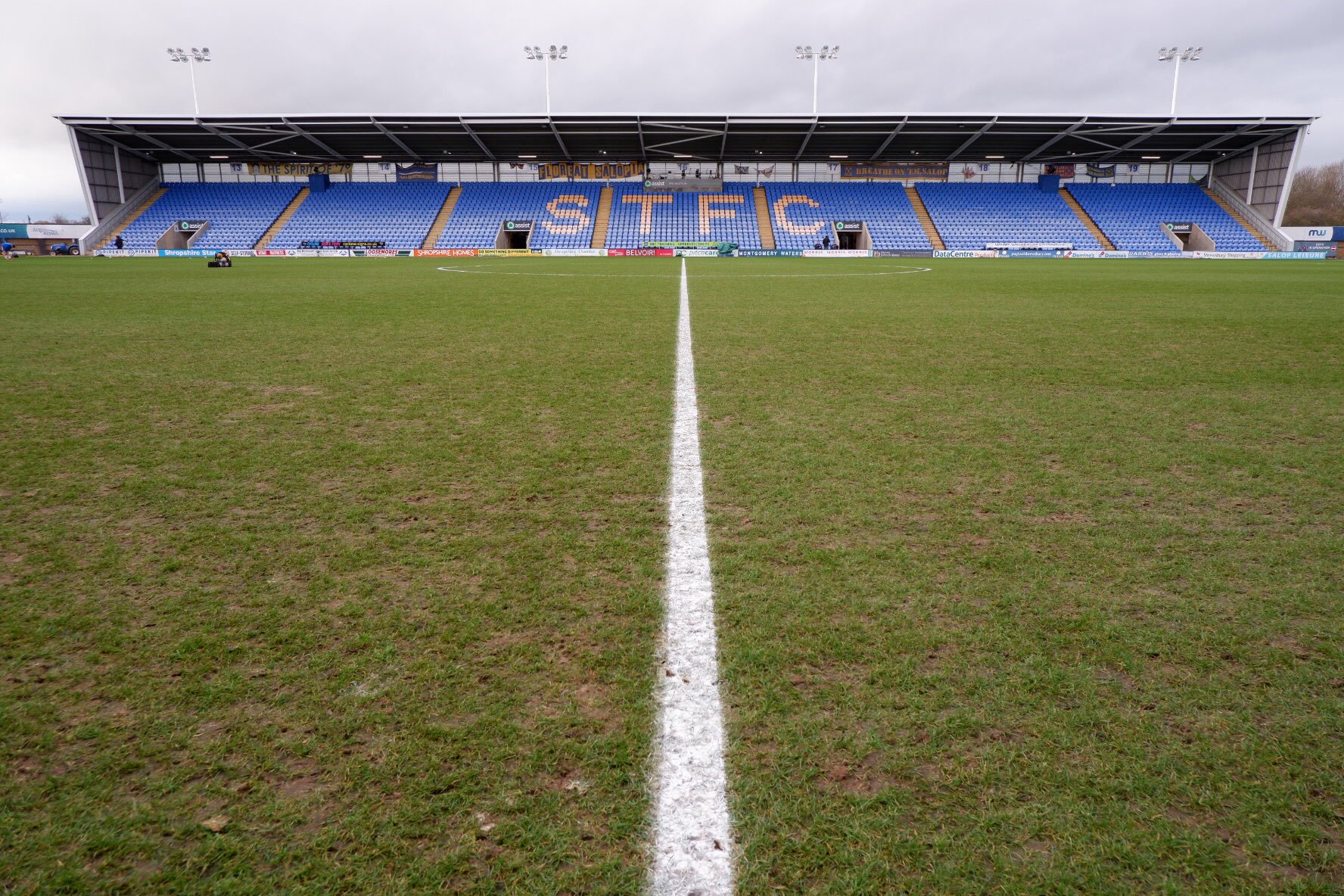 Shrewsbury Town Supporters’ Parliament joint chairs Roger Groves and Mike Davis are no strangers to hard work. Having recently introduced England and Wales’ first safe standing area to the Montgomery Waters Meadow, they’ve proven that dedication, passion, and a little help from their friends can make anything possible. Those friends, of course, are the members of FansBet, who partnered with the Supporter’s Parliament to help make this dream possible – and win the club a prestigious award in the process.

Since their establishment in 2006, the EFL Awards have recognised supporters who go above and beyond their duties to demonstrate passion and commitment to their club. Supporters are nominated by their clubs, before being considered by a set of judges for the final verdict. To qualify for an award, supporters must be proven to have positively contributed to and shown devotion to their club, something Supporter of the Year winners Roger and Mike have much evidence of.

There are several reasons for the nomination and subsequent award – but by far the main reason was their significant contribution to the introduction of the safe standing area. Together with Jon Darch of the Safe Standing Roadshow, Ferco, and Tifosy, Roger and Mike were inspired to crowdfund the £65,000 needed to replace a total of 555 seats at the Montgomery Waters Meadow with rail seats. It’s a task easier said than done – but once FansBet came on board as an official partner of the Supporters’ Parliament, Roger and Mike’s campaign was pushed over the line and into reality.

Speaking to Shrewsbury Town Football Club, Roger said, “Whilst it is Mike and I who have our names out there, this project would not have happened without the support of many other supporters, and also the continued support from our football club”.

This significant achievement now makes Shrewsbury Town the first EFL club in England and Wales to operate a safe standing area for home games. However, it’s not the Supporters’ Parliament’s only achievement – and the continued support from FansBet has contributed to them helping their club’s members in plenty more ways than one.

Amongst the mix of positive contributions already made are the evolution of their Fanzone project; ticket office improvements to alleviate queues at peak times; consultation of young fans on season ticket prices to increase attendances; matchday improvements; a memorial garden; and plenty more.

Also speaking to the football club on Roger and Mike’s achievement, Supporters’ Parliament CEO Brian Caldwell said he was pleased the EFL had recognised their work and the impact it will have. “Roger and Mike working with the Supporters’ Parliament and the club has been a real positive, and there are many achievement that have been made, which have helped to bring the club and its supporters closer together,” he said.

The Supporters’ Parliament will now continue their efforts to further improve the experience for all club supporters – and with proud partner FansBet on their side, there’s sure to be plenty more celebrated achievements to come.

These are just some of the latest partners we have helped.
Getcha Gooner! Arsenal fanzine lives to fight another season
After a year of uncertainty one of Arsenal's longest running Fanzines remains in circulation with a little help from FansBet.
Read more
Punjabi Wolves Lay on free coach travel
Punjabi Wolves Lay on free coach travel
Read more
Sweet Success: Choccy’s tales delight Celtic supporters
FansBet Ambassador Brian McClair delighted Celtic fans at a live event in Glasgow.
Read more
This website uses cookies to improve your experience. We'll assume you're ok with this, but you can opt-out if you wish. Accept
Privacy & Cookies Policy