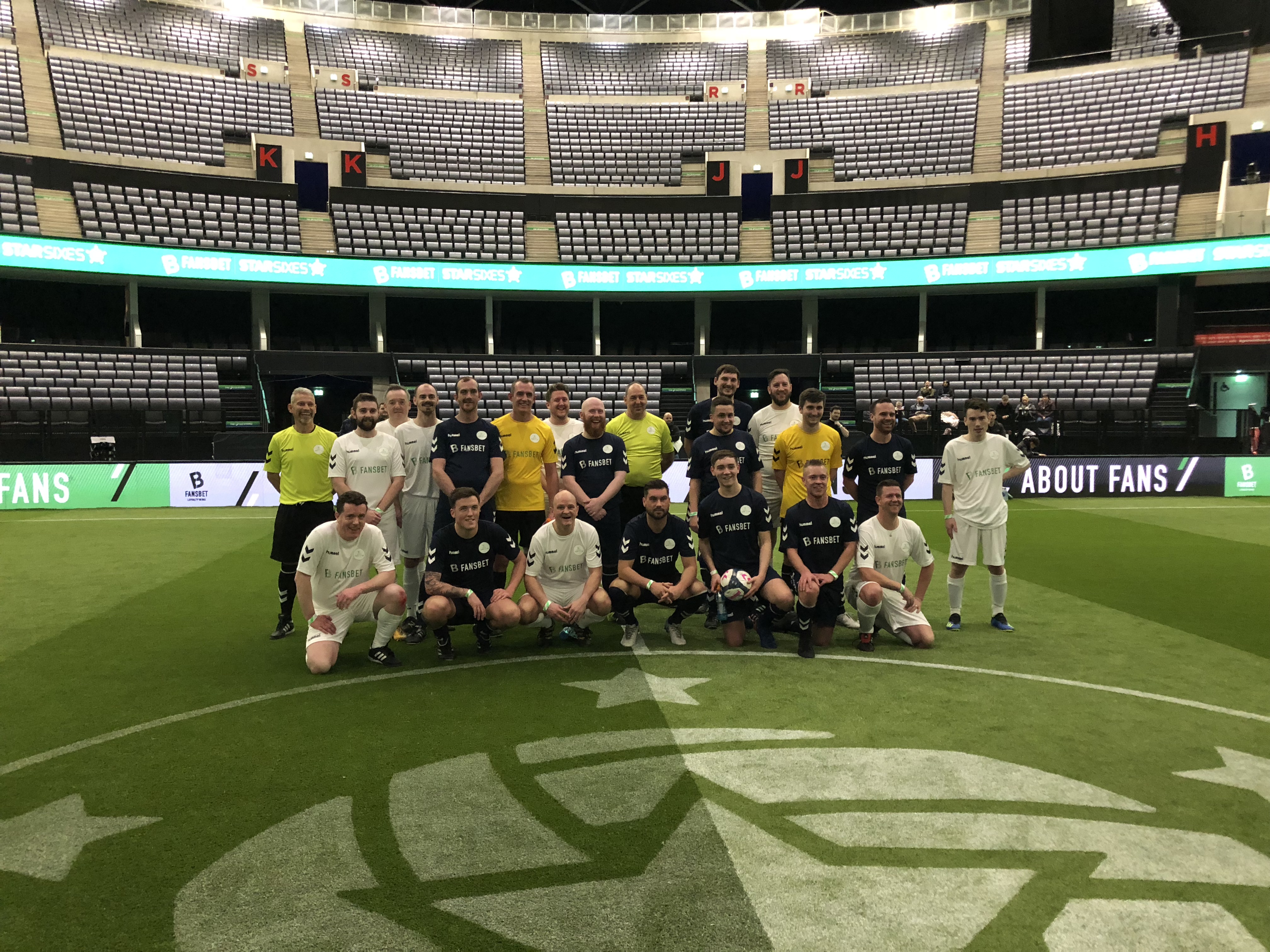 To allow these guys a chance to play on this surface, where the professionals play is a fantastic thing for supporters to be involved in.
Jim Thomson, Killie Trust

FansBet is the only bookmaker in the world committed to sharing half of its net profits directly with supporters, but it’s not always about the financial reward. Our fan partners also benefit from a whole range of once-in-a-lifetime experiences making the relationship such a special and unique bond.

One such opportunity came at the recent FansBet Star Sixes tournament which saw some of the greatest names in the game descend on Glasgow as teams from England, Scotland, Northern Island, Republic of Ireland, Wales and an all-star Rest of the World team competed in three days of scintillating indoor action.

Star Sixes started when twelve national teams, full of former international representative stars, played in a World Cup at London’s iconic O2 Arena in July 2017 and following the hugely popular inaugural event, the SSE Hydro in Glasgow hosted the first regional edition of the tournament in January which was sponsored by FansBet.

Huge names of the game such as Michael Owen, Ronald De Boer, Pierre van Hooijdonk, Gaizka Mendieta, Robert Pires and Jay Jay Okocha where in attendance; but it wasn’t just about the legends of football who have turned-out at the highest level over the past three decades or so, the event was as much about our FansBet Fan Partners too.

So as part of our pledge to team up with trusted and respected supporter groups to give back to the fans, as well as an appreciation of our loyalty, we invited two teams of Fan Partners to play in a special FansBet Fan Partner Friendly.

A Scotland XI, managed by Don Hutchison and containing players from the likes of the Killie Trust and the Hibs Talk podcast took on an England side managed by former Manchester United defender Wes Brown and included supporters of Leeds United and Leyton Orient amongst others, on the very same pitch which had been graced by some of the most recognised names in football.

And the Fan Partners certainly weren’t daunted by playing on the big stage and put on a show that the stars themselves would have been proud of with Scotland eventually taking the spoils 6-5 in an encounter which could have gone either way.

But it was all smiles at the final whistle as, despite being the oldest rivalry in the history of football, this group of fans from both sides of the border were able to enjoy a memorable experience they will never forget courtesy of the unique partnership between FansBet and our Fan Partners.

These are just some of the latest partners we have helped.
Getcha Gooner! Arsenal fanzine lives to fight another season
After a year of uncertainty one of Arsenal's longest running Fanzines remains in circulation with a little help from FansBet.
Read more
Punjabi Wolves Lay on free coach travel
Punjabi Wolves Lay on free coach travel
Read more
Shrewsbury Town Supporters’ Parliament scores EFL award
Shrewsbury Town are the first EFL club in England and Wales to operate a safe standing area for home games.
Read more
This website uses cookies to improve your experience. We'll assume you're ok with this, but you can opt-out if you wish. Accept
Privacy & Cookies Policy