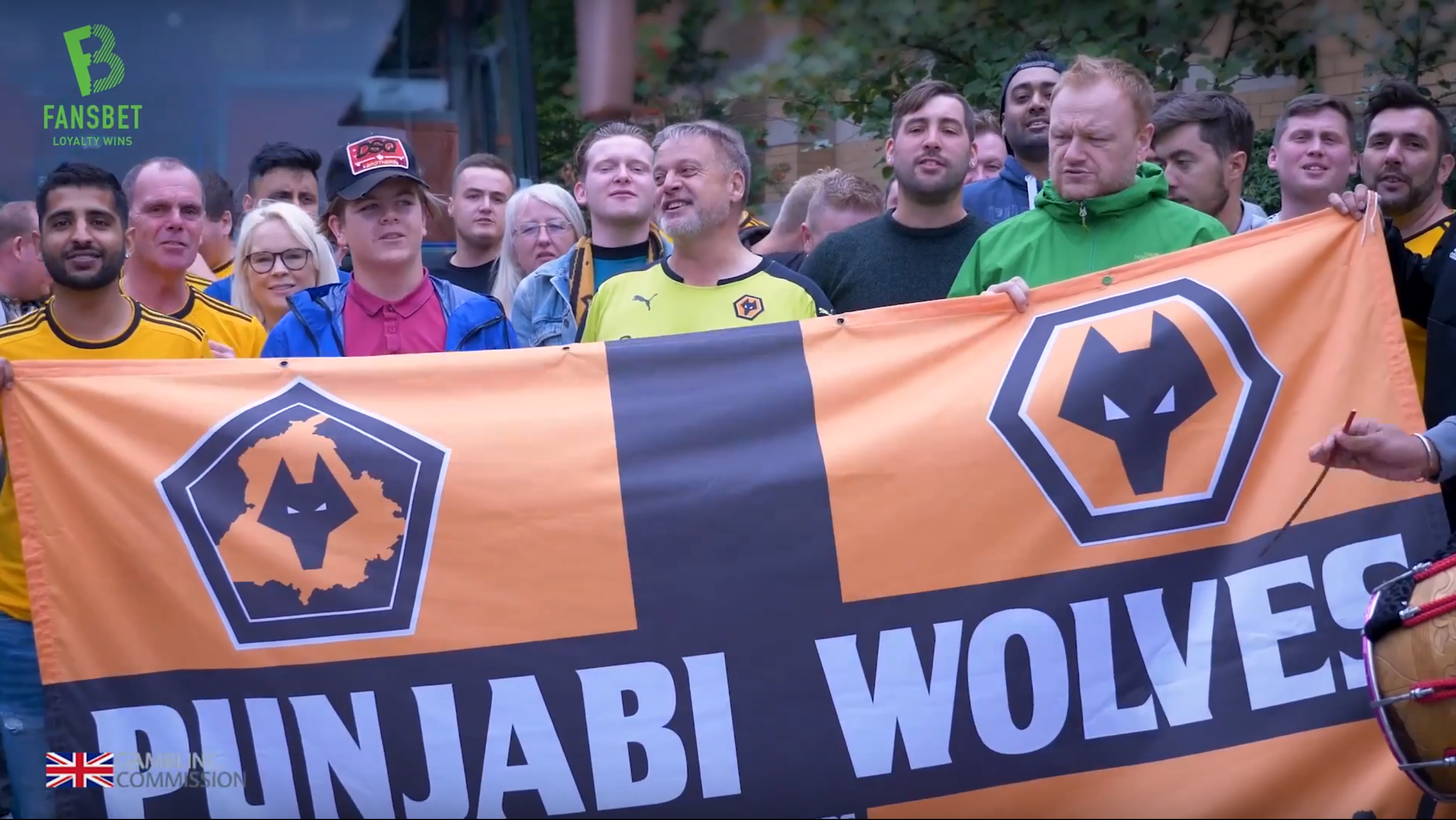 The fact that FansBet give back to the fans is great. Essentially football would be nothing without the fans.
Gubby Kular - Punjabi Wolves.

Punjabi Wolves Supporters, as the name suggests, are a supporter group of Wolverhampton Wanderes, representing a diverse and multi-cultural fan base.

Although the origins of Punjabi Wolves Supporters are Asian, specifically Punjabi, the group encourage fans from all backgrounds to become a PWS member; allowing them to air their views on the ‘day-to-day’ running of our club.

Punjabi’s have been seen and heard in the Molineux terraces for many a year now and two of the founding members were a Mr Laskar Singh and Mr Lachhman whom experienced their first home match back in 1954.

They were persuaded by their fellow work colleagues to attend matches but, until then, were apprehensive due to hearing about trouble both before and after games, but fast forward several years and today Molineux is true representation of multi-cultural Wolverhampton!

Thanks to their unique relationship with FansBet the Punjabi Wolves have been able to lay on free coach travel for fans going to away games across the country at a time when following your team on the road can be a pretty expensive thing to do.

“The fact that FansBet give back to the fans is great,” says Gubby Kular of the Punjabi Wolves. “Essentially football would be nothing without the fans.”

These are just some of the latest partners we have helped.
Getcha Gooner! Arsenal fanzine lives to fight another season
After a year of uncertainty one of Arsenal's longest running Fanzines remains in circulation with a little help from FansBet.
Read more
Shrewsbury Town Supporters’ Parliament scores EFL award
Shrewsbury Town are the first EFL club in England and Wales to operate a safe standing area for home games.
Read more
Sweet Success: Choccy’s tales delight Celtic supporters
FansBet Ambassador Brian McClair delighted Celtic fans at a live event in Glasgow.
Read more
This website uses cookies to improve your experience. We'll assume you're ok with this, but you can opt-out if you wish. Accept
Privacy & Cookies Policy