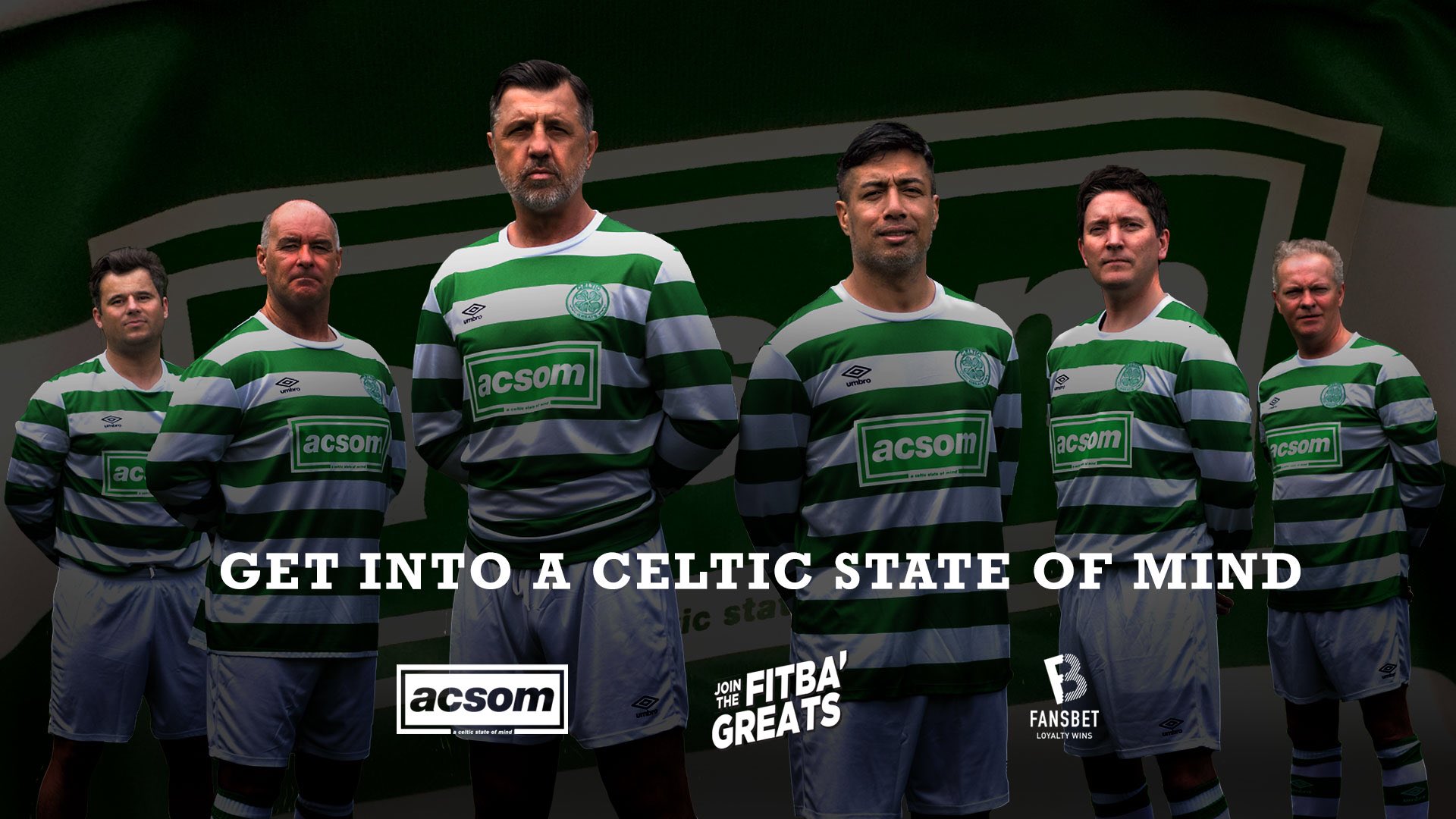 With the support of FansBet, ACSOM have been able to get involved as the official shirt sponsors of The Celtic Greats.
Paul John Dykes, ACSOM

A Celtic State Of Mind

Celtic
Our partnership with A Celtic State Of Mind has contributed to the following:

Originating as a podcast in 2017, A Celtic State of Mind aims to present insightful discussion around the culture of Celtic Football Club, the city of Glasgow, and fans of the reigning double-treble-winning Scottish champions.

A Celtic State of Mind originated as a podcast in June 2017 – and in its first year, the show went on to be named as the UK’s Best Football Podcast at the prestigious 2018 Football Blogging Awards. The development of ACSOM has seen the brand grow to encompass its own website platform, which will host numerous other outlets such as live events, video content, features and articles, publishing, and merchandise.

“We chose to partner with FansBet as we believe in the concept of giving back to fan initiatives,” explains Paul John Dykes. “ACSOM aims to support other Celtic-related groups as we grow the brand in the coming years.”

See how FansBet has supported A Celtic State Of Mind
Sweet Success: Choccy’s tales delight Celtic supporters
FansBet Ambassador Brian McClair delighted Celtic fans at a live event in Glasgow.
Read more
Celtic Greats
Celtic fans are able to join their heroes to thwart the challenge of Derek Johnstone’s Rangers side.
Read more
Join the community and see how FansBet can give back to you
Become a partner
Want to support A Celtic State Of Mind?
Sign up to FansBet to help support their fan causes.
Join FansBet
This website uses cookies to improve your experience. We'll assume you're ok with this, but you can opt-out if you wish. Accept
Privacy & Cookies Policy