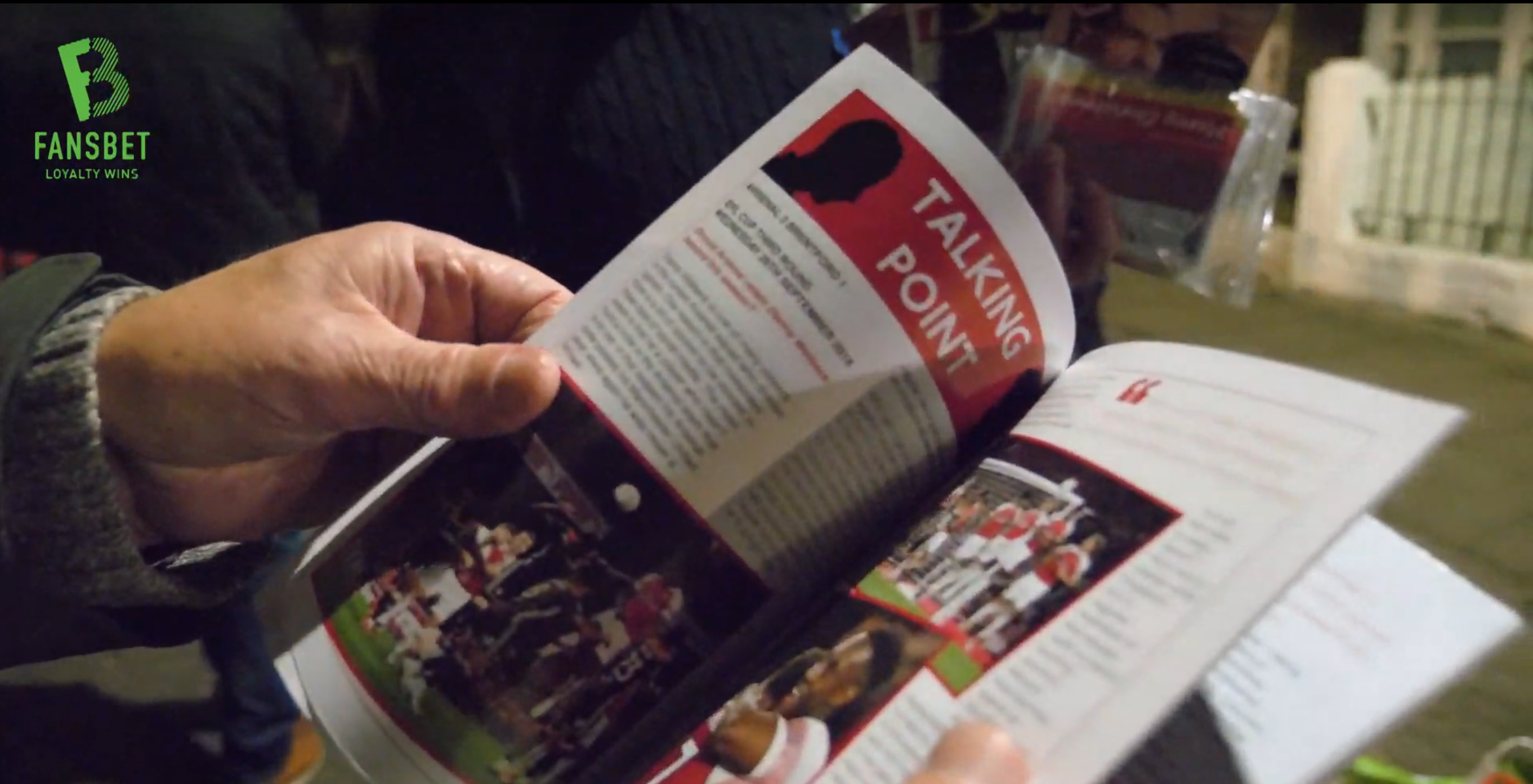 The Gooner was in danger of ceasing publication.
Kevin Whitcher

At the beginning of the year the Gooner was on the brink of extinction but thanks to FansBet’s unique commitment to giving back the Arsenal fanzine is preparing for yet another season in circulation.

The Gooner, written purely by Arsenal supporters without any editorial influence from the club, has been published for more than 30 years since its debut issue in the autumn of 1987 and was voted FSF Fanzine of the Year 2018

Every season six, 68-page, editions are published and mailed out to subscribers with the remainder being sold by hardy street sellers outside the ground come rain or shine – each shouting that immortal line: ‘Getcha Gooner!’

A mix of opinion and retro content, along with match reports and exclusive interviews with Arsenal players past and present, the mag is a combined effort from a team of passionate writers as well as being the starting point for journalist Amy Lawrence and author Jon Spurling.

But as recently as March its future looked pretty bleak due to a combination of rising printing costs at a time where football opinion is now dominated by online media such as websites, podcasts and video content.

In order to safeguard the immediate future of one of the UK’s oldest independent football publications Editor Kevin Whitcher launched an appeal earlier this year to get to 1,000 new subscribers which would generate the all-important funds the keep the magazine on the streets of Islington and beyond.

Speaking to the Islington Gazette back in March Kevin said: “The Gooner is in danger of ceasing publication with its final issue of the current season unless we hit our target.

“The reason we set this deadline to get enough sign-ups is because it coincides with the final issue of the current season going to press.”

And thanks to the intervention of FansBet The Gooner lives to fight another day (or season) as we have snapped up the final 50 subscriptions needed to get them past the magical 1,000 figure.

So true to our giving back principles, and in an exclusive offer, we’re giving Arsenal fans the chance to receive a free subscription for the forthcoming season.

New or existing customers simply deposit £10 using the code GOONER to be in with a chance of being one of the 50 lucky recipients of a Gooner subscription for the coming season.

And our support does not end there as all new signups will be safe in the knowledge that FansBet are committed to giving back 50% of their net profits to the Gooner and the fine work they do for the Arsenal supporting community.